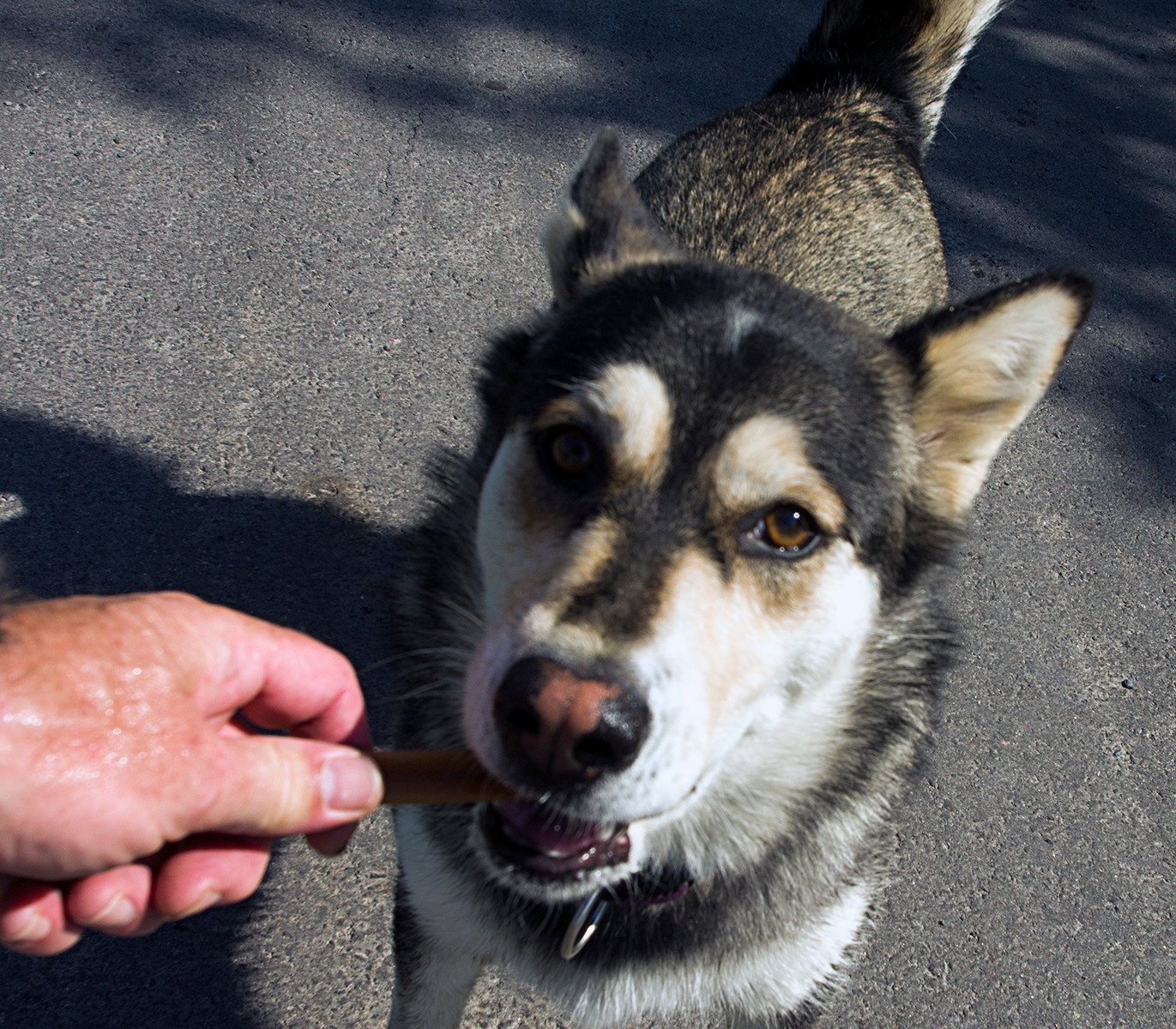 VERY cold out there today. Started a sweetheart run, and was looking to draw a big penis across Yellowknife city streets, via strava. Well, I was excited.

We began by finding our way to a trail new to me, but necessary to create the head of the dink-to-be. It’s a lovely trail, and I’ll likely use it often, though we did alarm a gangly, distant dog.

Cold toes turned us back though. Frostbite is no joke. I got some last year. Enough to have blisters on several toes, and be off running awhile. I didn’t get it from the cold, exactly.

I got it because I didn’t stop early enough. I thought ‘oh, it’s just a half hour home’, and ‘it’s not THAT bad’.

Don’t do that. Now, on a lighter note…

With so many dogs around, and so many of them big and lumbering, I found it best to have a lot of interventions in case things go south. I have several, which are:

Obviously I don’t want to go too far down that list, but it’s nice to have options.