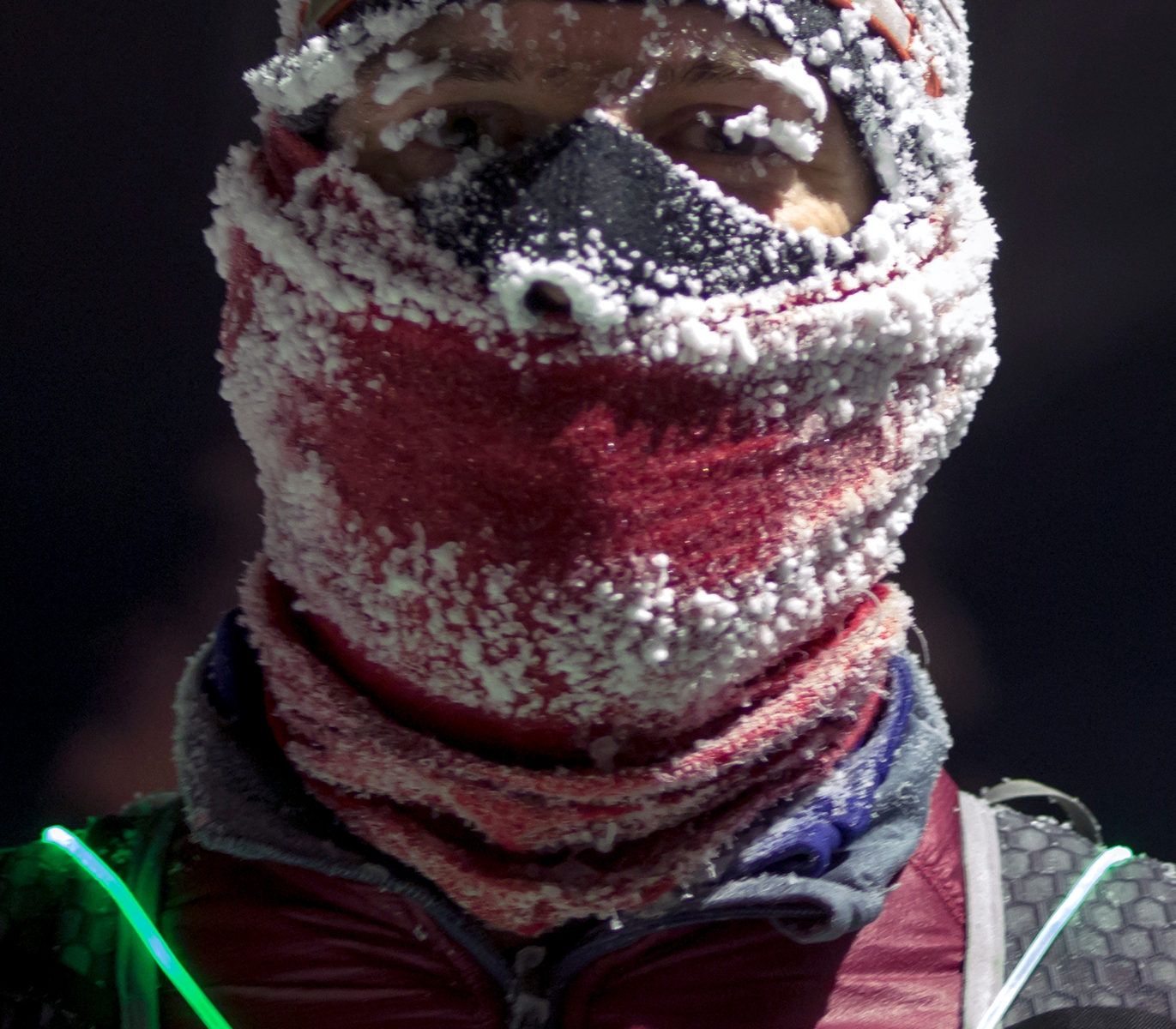 This run was a rarebits event, organized by a dear friend, who shall remain nameless.

We met in front of the Snowking castle, for a photo and what I thought was the Snowball 5k run/walk for the rarebits.

The photo went as planned, with me in my best hat, and everyone looking at least as pretty.

That’s where ‘pretty’ ended though. After a warmup running a solid road alongside the ski-plane runway, we got to the end of Jolliffe Island and turned out to circle the thing.

The footing went from firm, hard road to irregular, sled-chewed crusty lake. Every third or seventh step would punch through the crust. It did wonders to my sense of humour. It was encouraging to see the others punching through as often as I did.

Later, after getting home to review my run, I got a text from The Unnamed which made it an even funnier effort – the Snowball 5k virtual run/walk is next Friday.

Still a pretty great night for a run though 🙂

This is my headlamp. It’s about 300 lumen, which means it might be a bit more light than most would like to carry for a run, but I never notice the size.

It gets a lot of use, and even after more than a year, it barely shows any wear next to Judi’s (the black one) beyond the dirty headband.

I keep it charged, and it’s been unfailing. There is an app which can be used to fine-tune functions, but other than setting it to ‘trailrunning’, I haven’t used it.

After running it a year or more, I entered an instagram contest, and ended up winning TWICE! The prizes in both cases was a Petzl Bindi, both of which I quickly passed along. They seem very well received.